The date of the 2013 Sonar World Championships has changed. The Worlds will now be held on September 18-22.

The weekend brought some extremely challenging racing conditions. Very light air on Saturday only allowed PRO Briggs Tobin to complete two races. It wasn't for lack of trying to get more in though. Sunday started the same but, thankfully a southerly came in around 1:00pm with a very nice breeze. With that Briggs was able to run two races in 8-12 kts. Combined with another light air affair earlier on Sunday and we ended the regatta with five races.

A total of 34 boats competed. 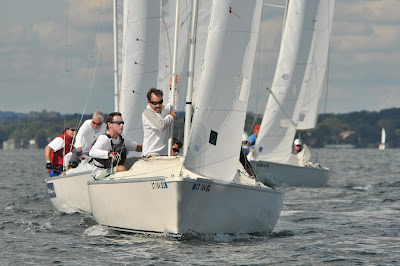 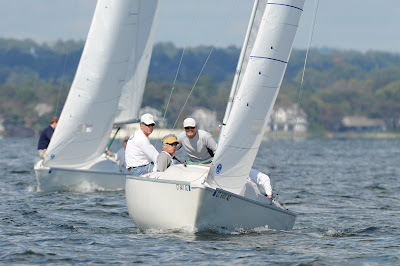 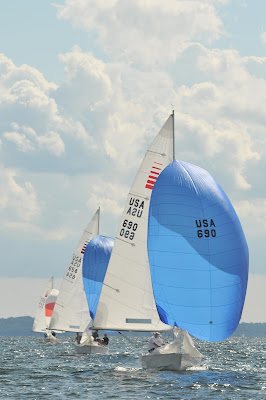 Full results can be found by clicking HERE

PhotoBoat was hired to take shots of the racing. The following are a few of our favorites: 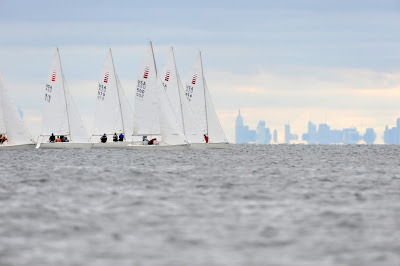 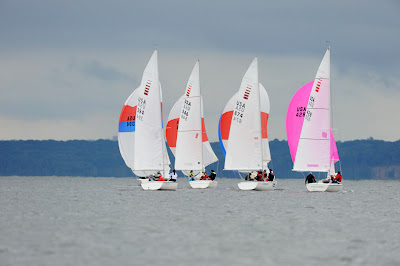 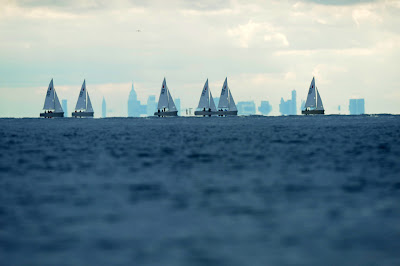 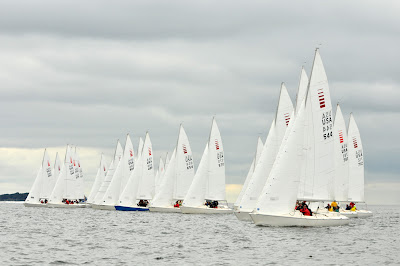 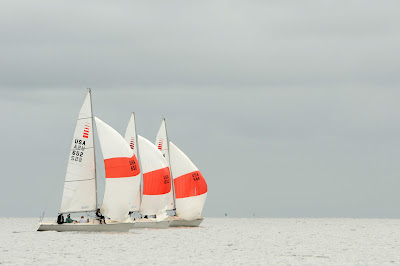 First place with 16 wins in 20 races was Boston YC:

The following is a write-up by Scott Harrison, team captain for Noroton:

Wow, the Wind God’s were nice.

Northwest winds averaging 8-12 knots held for two days, enabling Noroton YC to complete 4 round robins with 6 teams sailing 20 individual races each. This 12th running of the Kirby Cup, named after the Hall of Fame designer Bruce Kirby, was as competitive as ever. The competing clubs brought their varsity teams and the starts, mark roundings, and finishes where very close.

On shore, Jim Linville's team, had all the boats equalized, launched, and ready. In addition, the numerous regatta chores needed to coordinate the 100+ people were executed very well.

Peter Wilson and his umpire team once again did a top job too.  Most of the competitors jumped at the chance to pair up with an umpire and learn. Sailing was clean and fair knowing the umpires were there. Thank you Peter.

Boston YC finished on top with 16 wins out of 20 races. Congratulations to Boston YC and their skippers Ted Moore, Tyler Doyle, and Will Whitman.

Second and third with 12 wins each were Vineyard Haven YC and New York YC. Vineyard Haven won the tie breaker.  Rounding out the fleet were Eastern YC with 10 wins (9 1/2 points), Seawanhaka Corinthian YC with 6 wins and Noroton with 4 wins.

Here's a follow-up by Lee Morrison in the Bosun's boat:

My perspective watching all the races from the bosun boat: most races were close enough that there was team racing going on into the finish.  The fleets were tightly packed, starts were close and there were position changes going on all the time. The weather was beautiful.  Boston was on their game.  They won most of their starts and when they didn't, they were able to convert into a winning position usually by mark 2. With a couple of notable exceptions (generally against VHYC) once they got ahead, they stayed there.  This was a weekend to remember regardless of finishing position.

The Calendar tab on the SCA website is a great planning tool. Here you can find dates and contact information for all regattas including fleet racing, team racing and disabled racing.